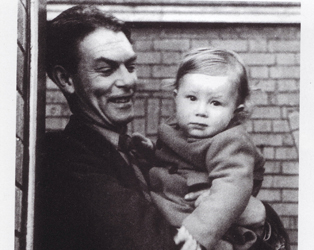 The Uncle Jack is at once a portrait of John T. Davis’s maternal uncle John McBride Neill, the Ulster cinema architect who from the 1930s to the 1960s designed 18 cinemas in the province, and a self-portrait of Davis himself. It was ‘The Uncle Jack’ who catalyzed Davis’s passion for filmmaking. “Jack was like a second father to me, and when he died, he left so much to me, his house, his inventions, his musical instruments, but most importantly, the 8mm camera that was to change my life forever.”

Through a montage of dramatic reconstructions, abstract sequences, contemporary narrative and diverse archival sources, Davis’s moving tribute to Jack is bound up with a deeply personal statement about the power of obsession and the drive towards creativity.