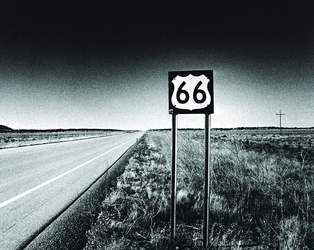 Route 66 is an epic road film chronicling the history and closure in 1981 of the iconic highway that spanned 2500 miles from Chicago to Los Angeles, traversed eight states and cut through the heart of Middle America.  ‘So many images and places which were important to me and my generation came from America, and I wanted to make a film comparing those images with reality,’ says Davis. The film features an anonymous sojourner driving west in a cherry-red Chevy Impala ragtop. Through his eyes and through Davis’s camera lens we encounter the underbelly of the US and the shattering of the American Dream. The film has a strikingly renewed resonance in the current political climate.