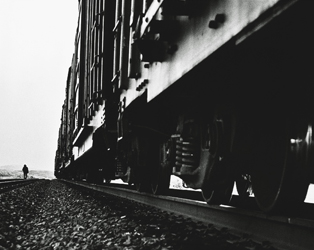 Hobo is an intensely personal portrait of Beargrease, a man gripped with chronic wanderlust. A fiercely independent individual, he embodies the traits of the classic American railroad vagabond. Beargrease has travelled all his life, as a sailor, a military engineer in Vietnam, then as a hobo riding the steel rails across the length and breadth of the United States.

To make this remarkable film, Davis set off on a dangerous, illegal journey across America. Hiding his camera in his bedroll, he jumped trains and led the life of a hobo, sleeping rough and scavenging food from dumpsters. This daring, visually exquisite film examines the limits of human endurance, questions the price of freedom and responsibility and lays bare the thin thread by which our own reality hangs.