INVESTIGATIONS 2017: MOZAMBIQUE – THE SCENE OF A CRIME

Mozambique – The Scene of a Crime was filmed by Mary Raftery’s long-time collaborator, the award winning Director of Photography Cedric Culliton. Cedric has filmed in many conflict zones around the world and currently works in RTÉ’s Investigative Unit. Together with Mary, Cedric filmed many documentaries including international stories in Western Sahara, Namibia, Lebanon and South Africa.

The screening will be followed by an interview with Cedric Culliton, hosted by Keelin Shanley, which will examine his experiences over five decades working in investigative filmmaking.

This event is part of Investigations 2017 which takes place at the IFI on Friday October 13th 2017. More information about this event is available here. 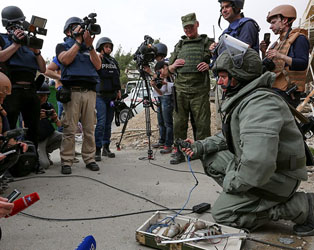