“Abyss Film presents five found footage works that in different ways speak to the impossibility of cinema’s desire to show the ‘whole world’.  Speaking of the breadth of possibility made visible by moving image, these works allow themselves to fall into the vertiginous pleasure of unknowing, of uncomprehending, of looking into an abyss.” – James Richards

Selected for the festival by guest artist James Richards, this programme features works by Bruce Conner, Ken Jacobs, and the exclusive opportunity to view James Richards’s recent collaborative work with Leslie Thornton, Crossing (2016). Conceived as an exquisite corpse, Crossing merges the parallel themes of science, nature and media into a glut of sound and image. 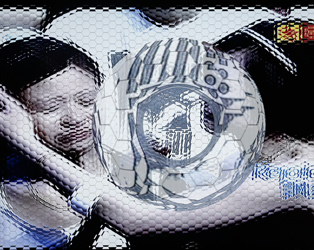