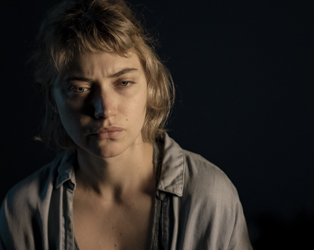 March 5th 2020: Following a hugely successful programme of events in 2019, IFI International, supported by Culture Ireland, will this March work with film festivals across the globe to present 111 features and short films at 23 festivals celebrating new and classic Irish work. Irish filmmakers will have a presence at many of the 162 screenings with director Jim Sheridan and actors Jack Reynor, Bronagh Gallagher and Barry Ward travelling to locations across Europe and beyond.

The month’s highlights include the Irish Film Festival Boston, which this year celebrates its 20th anniversary; the 13th Irish Film Festival Russia, which will include screenings for the first time in Yekaterinburg and Novosibirsk, as well as regular venues in Moscow and Saint Petersburg; the 8th Belgrade Irish Festival; and a special partnership with the Regards d’Ailleurs Film Festival in Dreux, 80 kilometres west of Paris, which will screen 45 Irish films from March 11th to April 8th.

Speaking about this year’s global programme of events, IFI Head of Irish Film Programming Sunniva O’Flynn said, ‘Thanks to the trojan efforts of colleagues Eleanor Melinn and Dean Kavanagh in servicing a fast-growing global network of festival partners, an unprecedented number of cinema goers around the world will engage with Irish film this St Patrick’s season. Programmers, filmmakers and audiences are well served by these events which provide exciting and informative contexts in which to experience the work.’

The 20th Irish Film Festival Boston, which runs from March 19th to 22nd, will include screenings of A Bump Along the Way, with actress Bronagh Gallagher in attendance; Enda Loughman and Mike Ahern’s hit supernatural comedy Extra Ordinary; Hugh O’Conor’s Metal Heart; and heart-warming documentary The Man Who Wanted To Fly. The 8th Belgrade Irish Festival (March 13th to 22nd) will include a retrospective of the work of Jim Sheridan, including screenings of In the Name of the Father, the festival’s opening film, plus In America, The Boxer and the Oscar-winning My Left Foot. The event will also include screenings of Neasa Hardiman’s new thriller Sea Fever, starring Connie Nielsen, Dougray Scott and Olwen Fouéré.

The work of Jim Sheridan will also provide a focus for the line-up of the Regards d’Ailleurs Film Festival’s extensive programme of Irish film which includes Lorcan Finnegan’s Vivarium and Without Name, Mark Noonan’s You’re Ugly Too, Lenny Abrahamson’s Frank, and Lisa Barros D’Sa and Glenn Leyburn’s Good Vibrations.

New collaborations for 2020 include the first-ever Irish Film Festival to take place in the United Arab Emirates; Carmel Winters’s Float Like a Butterfly, Nick Kelly’s The Drummer and the Keeper and Tom Sullivan’s forthcoming Arracht will screen in both Dubai and Abu Dhabi. IFI International’s work will also reach Puerto Rico for the first time, with three screenings of Extra Ordinary at the Festival de Cine Europeo. These screenings are organised in partnership with the Department of Foreign Affairs’s network of embassies and consulates.

The Camino Voyage, which had a record 44 screenings in 2019, continues its hugely successful international run with screenings in New Zealand, Sweden, Malta, Latvia and Croatia. The enduring appeal of poet Seamus Heaney is reflected in screenings of Seamus Heaney and the Music of What Happens, the documentary by Adam Low which screens at the Belgrade Festival; Adam Low’s documentary will also screen at the Irish Documentary Film Festival in San Francisco. Other events taking place on the other side of the Atlantic include The Man Who Wanted to Fly at Cine Gael Montreal and a special cine-concert of The Cohens and Kellys with accordionist Dermot Dunne and saxophonist Nick Roth at the Metrograph in New York.

For full details of all March events, please see https://ifi.ie/irish-film/international/international-calendar.

IFI International is supported by Culture Ireland. The IFI is principally funded by the Arts Council.