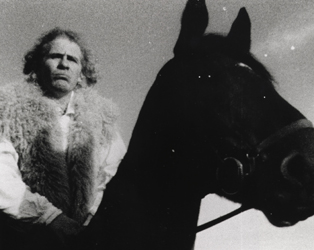 This screening will be introduced by director Bob Quinn.

A group of unruly players refuse the orders of their British director (John Arden) as he orchestrates a dramatic retelling of the life of Irish rebel Art O’Leary (Seán Bán Breathnach). The film skilfully interweaves the twin
narratives of the actors’ rebellion with the O’Leary story to create a potent political statement within a subversive
drama that was quite unprecedented in Irish cinema at the time.