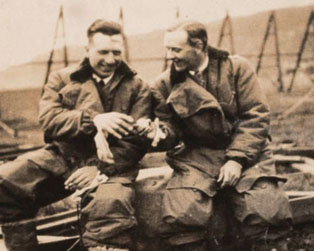 Tickets for this event were free and allocated on a first-come, first-served basis on the night. The screening was be attended by director Kevin Glynn.

Join us for the Dublin premiere of this feature documentary telling the story of Captain John Alcock and Lieutenant Arthur Brown who made the first non-stop flight across the Atlantic Ocean from Newfoundland to Clifden in June 1919.

The film explores the lives of these intrepid aviators from their childhood fascination with early flying machines to their remarkable transatlantic achievement told through evocative newsreels and interviews with their descendants, Connemara locals and aviation historians.