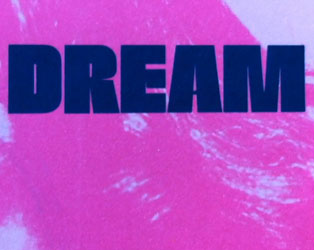 We are delighted to welcome Turner Prize-winning artist Mark Leckey to attend and take part in a discussion with Dr Sarah Durcan following the screening of this programme.

Tickets for this event are limited so early booking is strongly advised.

The moving image comes closer than any other medium to conveying and informing our experience of time and memory. ‘The Memory-Image’ presents three films ranging from Alain Resnais’s famous tracking shots exploring the collective memory housed in France’s Bibliothèque Nationale to the Irish premiere of Turner Prize-winning artist Mark Leckey’s extraordinary Dream English Kid 1964-1999, a film that acts as a journey into the artist’s own past via found footage on the internet.

Also including internationally acclaimed shorts by Lucy Raven, Rosalind Nashashibi & Lucy Skaer, this programme highlights the peculiar nature of the relationship between memory and media by fixing our attention on moments and institutions of shared history and experience. Curated by Sarah Durcan in collaboration with aemi, this programme is supported by the Arts Council and NCAD.

BIOGRAPHY: Mark Leckey (born 1964) is a British contemporary artist, working with collage art, music and video. His found object art and video pieces, which incorporate themes of nostalgia and anxiety, and draw on elements of pop culture, span several videos. In particular, he is known for Fiorucci Made Me Hardcore (1999) and Industrial Light and Magic (2008), for which he won the 2008 Turner Prize.

His work has been widely exhibited internationally, including solo exhibitions at Kölnischer Kunstverein, Cologne, in 2008 and at Le Consortium, Dijon, in 2007. His performances have been presented in New York City at the Museum of Modern Art, Abrons Arts Center; at the Institute of Contemporary Arts, London, both in 2009; and at the Solomon R. Guggenheim Museum, New York City, in 2008. His works are held in the collections of the Tate and the Centre Pompidou.

aemi is a creative platform dedicated to the support and exhibition of artist & experimental moving image work. aemi is funded by The Arts Council. For more information, see www.aemi.ie.