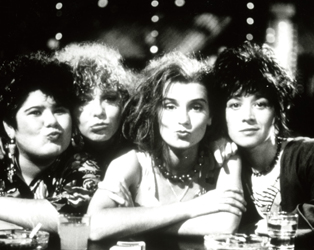 This screening was followed by a Q&A with director Margo Harkin.

When he is arrested and imprisoned by the British army Goretti is dismayed to find herself pregnant. Unable to communicate the news to Ciarán, she is left to deal with the crisis alone and is tormented by the conflicts of her growing belly and the influence of a Catholic upbringing.

In her feature début, Margo Harkin creates an engaging drama about a group of smart and likeable young women dealing with a crisis for which there are no easy solutions.