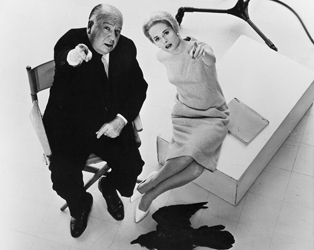 THE GENIUS OF HITCHCOCK: PART FOUR

Welcome to the last lap of the Hitchcock marathon: 17 films, including many of the most celebrated of the later ones. The BFI supplies the final three of its thematically-sorted packages – ‘The Watchful Eye’, ‘Writers’, and ‘The Trouble with Sex’ – and the IFI again re-sorts them into chronological order, for two good reasons: (1) The labels are of limited value since most films span several categories; (2) The chance to trace, once again, Hitchcock’s progress through the decades from silent to sound, black and white to colour, Britain to America, and classical to modern cinema, is both fascinating and instructive. In fact, the BFI’s system has created a curious imbalance. This final spread of films includes five of the nine silents, up to 1928; five from Hitchcock’s late great period, starting in 1954 with Rear Window; with nothing at all from the 1930s until Jamaica Inn in 1939. The benefit is that, with the big hole in the middle, we can see all the more clearly the connections between early and late – the way the late films still incorporate dazzling non-dialogue passages of ‘pure cinema’, and the way some of the very first films already engage with such central Hitchcockian issues as voyeurism and twisted sexuality.

Introduction and notes on individual films by Charles Barr. Our thanks to the BFI for their assistance in mounting this retrospective.

FREE TALK
The IFI is delighted to welcome one of the world’s leading authorities on the work of Alfred Hitchcock, Professor Charles Barr of the University of East Anglia, to give an illustrated lecture at 14.00 on Saturday, March 23rd. This is a free but ticketed so please call the IFI Box Office on 01 679 3477 or email boxoffice@irishfilm.ie to reserve your seat (please note that emailed bookings will not be confirmed until a reply from Box Office is sent out to you).

ELSTREE CALLING
In addition to this final part of our retrospective, there will be a screening of Elstree Calling, a musical film revue, some of whose sketches were directed by Hitchcock, on March 30th at 14.20. The 3D version of Dial M For Murder will be screened later in the year.