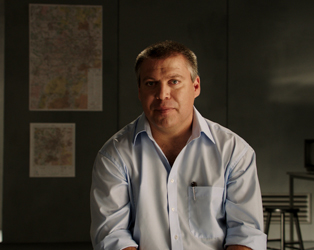 Celebrating the release of The Green Prince, the new film from director Nadav Schirman, opening Friday, December 12th at the IFI, we have The Green Prince film poster and a copy of Waltz with Bashir on DVD, courtesy of our friends at Artifical Eye to give away to one lucky winner! Set against the chaotic backdrop of recent Middle East conflicts, The Green Prince is a breathtaking, multi-layered thriller tracing the details of an unprecedented secret partnership between two sworn enemies.

Telling the true story of the complex relationship between the son of a Hamas leader and the Israeli secret service agent who recruits him as an informant, this extraordinary documentary is a startling insight into the world of counter-espionage and a stunning account of power, betrayal and an unlikely friendship.

Full of twists, turns and shocking revelations, The Green Prince is a powerfully gripping cinematic experience from the Oscar-winning producer of Man on Wire and Searching for Sugar Man.

The Green Prince is based on which bestselling memoir?

Competition closes at midnight, December 16th, 2014. The winners will be contacted by email shortly after. (See IFI Terms and Conditions regarding prizes and competitions.)