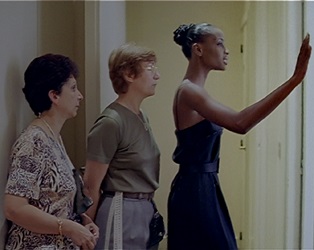 Moving between workshop and catwalk backstage, from sketches to final collections, Yves Saint Laurent is captured at the twilight of his career, frail yet still vibrant. Co-founder Pierre Bergé, meanwhile, directs a series of events to celebrate YSL worldwide. Immersive sound  design and subtle editing portray the end of the kingdom like a haunted mansion. Initially shot with the consent of Pierre Bergé, he later banned its release during his lifetime. This newly re-edited version is the first glimpse behind-the-scenes, a decade after his passing.