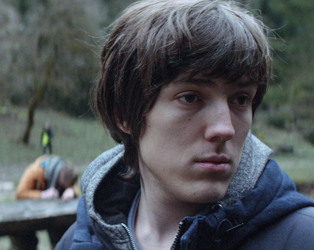 In this adolescent coming-of-age story, with its awkward collisions of hopes, feelings, fears and desires, teenager P.A. (Thomas Daloz) lives in a small town near Geneva, where the world’s largest particle accelerator, CERN’s Large Hadron Collider, lies buried about 300 feet beneath the ground trying to re-create the Big Bang. As winter approaches, P.A. begins to observe some strange phenomena, and gradually his whole world seems to change, creating illusions that might be from the accelerator. Harrison’s intriguing film searches for a deeper understanding of adolescence, where teen and adult worlds, reality and the supernatural are all unfathomable, and all filled with a sense of darkness.