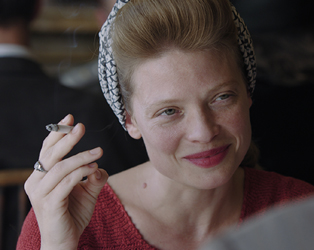 Nazi-occupied France 1944: Marguerite (Mélanie Thierry) fights with the Resistance alongside her husband Robert Antelme. When he is deported to Dachau, she befriends French collaborator Rabier (Benoît Magimel) to gain information on his whereabouts. Marguerite waits in vain for Antelme’s return until she must confront the unimaginable…

Narrated by Mélanie Thierry from Duras’s writing, through fragmentary images, Finkiel brilliantly articulates her grief and pain, her emotions fraught with complexity and contradiction.