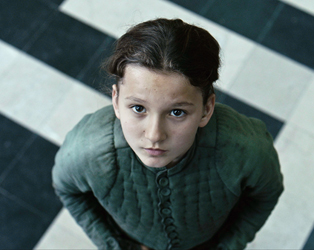 In the early 15th century, as France and England contest the French throne, young Joan (Lise Leplat Prudhomme) leads the army of the King of France, believing God has chosen her. When captured, the Church puts her on trial for heresy. Refusing to accept the accusations, Joan stays true to her mission. Based on the play Jeannne d’Arc (1897) by Charles Péguy, and inspired by the ‘Gothic verticality’ of Amiens cathedral, and the music of singer-songwriter Christophe, this is no historical retelling but an unconventional take on the vision of the interior world of Joan.

Director’s Note: Dumont’s sparse and thrilling film evokes the mystery of Joan of Arc’s power, the confusion in her heart, and her vocation from the heavens.