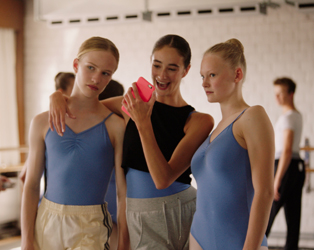 A gender non-conforming teenager prepares for imminent sex reassignment surgery whilst having to prove her credentials at a prestigious dance company in Lukas Dhont’s strikingly assured debut feature, which resonates with empathy for its bravely resilient heroine. Anchored by stunning central performances by 15-year old Victor Polster as Lara, and Arieh Worthalter as her concerned yet accepting father Mathias, Dhont’s naturalistic film grows in power as Lara pushes herself to breaking point in her determination to excel in her craft and be accepted by her peers.