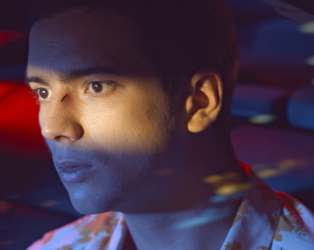 Juste (Thimotée Robart) wakes up at night in a park. He wanders the streets of Paris until morning like he is invisible. Only one man, who collects people’s last memories before guiding them to an afterlife, is able to see him. Ten years pass, and Juste, walking the streets of Paris, meets Agathe (Judith Chemla), who tells him how they met one night ten years ago and kissed passionately only for him to disappear the next day. Is this a second chance? Is she just a figment of his imagination, or he of hers?

Director’s Note: Stéphane Batut’s debut feature and winner of the prestigious Prix Jean Vigo is a romantic, dreamlike poem about love and death.