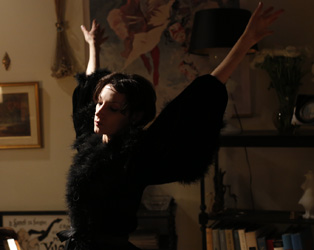 Brigitte (Jeanne Balibar), an actress, prepares to play the role of the celebrated late singer Barbara for a film adaptation of her life in director Mathieu Amalric’s playfully meta-textual exploration of a French icon. Amalric (who also stars as Brigitte’s on-screen director) eschews the traditional conventions of the biopic in favour of a highly distinctive, imaginative and self-reflexive essay on creativity that manages to get to the essence of the great singer’s artistic process.

In The Summer Movie from director Emmanuel Marre, Philippe cruises with Aurélien and his nine-year-old son, Balthazar, who must be brought back to his mother in Marseille.