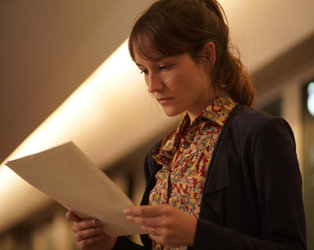 The Mayor of Lyon, Paul Theraneau (the always fabulous Fabrice Luchini) remains completely devoted to serving his city and his country but his knack for generating new ideas has evaporated. Enter low-key 30 year-old academic Alice Heimann (AnaÏs Demoustier), a brilliant philosopher, who is hired to give him new impetus. Their interactions lead to a funny and touching exploration of the way we currently live and the similarities (and differences) between two generations. A talky in the best possible way, this is a classy but accessible piece of entertainment which also gives food for thought.

Director’s Note: Terrific dialogue is at the heart of this smart, lively comedy, with fascinating glimpses into the life of a public figure and the bureaucracy surrounding him.