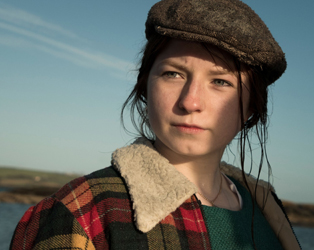 This film was released on Friday 10th May 2019 and is no longer screening.

In rural Ireland in the 1960s, Frances (Hazel Doupe) is a young Traveller who has coped with tragedy from an early age. When her father Michael (Dara Devaney) is imprisoned, Frances learns to fend for herself and her brother, developing a love of boxing and a devotion to Muhammad Ali inherited from her father. Their peaceful life in the camp on the picturesque West Cork coast is disrupted when Michael returns from prison, gathers his children and takes to the road.

Against a portrait of Traveller culture that is both nostalgic in its campfire singalongs, tinsmiths and barrel-topped caravans and grim in its depiction of an alcohol-fuelled violent patriarchy, director Carmel Winters celebrates the tenacity of a young woman determined to break with tradition and forge her
own destiny.