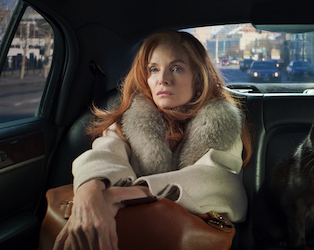 ‘To get out of New York is the thing’ advises Joan to her friend played by Michelle Pfeiffer who excels as laconic, penniless Manhattan socialite, Frances. Award-winning novelist Patrick deWitt followed his tough western, The Sisters Brothers, with this entirely different Paris-set tale of chances, cats and romances. Together with her aimless son, Malcolm, Frances takes up Joan’s offer of her Paris apartment and decamps, along with their cat, Small Frank.

Into their relatively uneventful new life comes a dinner invite from a stranger followed by a procession of oddballs and related adventures. Splendid costumes, sets and a quip-filled script combined with great performances underpin this comic drama in which a depth of friendship is slowly revealed.