The Road to God Knows Where

The Road to God Knows Where was a breakthrough, iconoclastic film for Alan Gilsenan and remains a memorable zeitgeist movie of Ireland in a transformational decade. The 1980s was a period of social regression, emigration and political crisis. Capturing the shockwave spirit of the time, this chaotic ensemble of testimony, stark visual imagery and arresting music track features Irish greats U2, Aslan, and The Pogues. The film was infused with the idea that Ireland was on the move, on a journey, literally and figuratively, to unknown destinations. 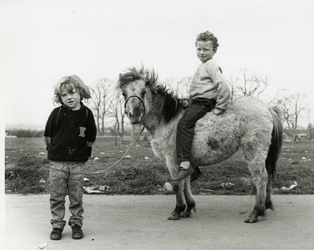