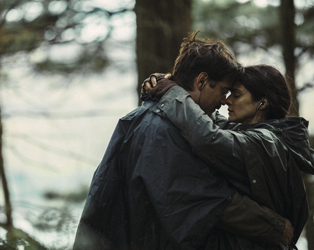 In the near future – or perhaps an alternate version of the present – those without a soulmate are dispatched to a grand hotel in the countryside where they have 40 days to rectify the situation by engaging in a high-stakes version of speed-dating with the other residents, or else they’ll be turned into an animal of their choosing and released into the wild. Navigating his way through this bizarre scenario is architect Colin Farrell; submitting to the cruel rituals of hotel manager Olivia Colman with deadpan resignation, he takes some consolation in her opinion that his animal of choice, a lobster, is an “excellent choice.”

With The Lobster (an Irish co-production largely filmed in Kerry), Yorgos Lanthimos modulates the abrasive absurdity of his earlier Dogtooth and Alps resulting in a highly original, frequently hilarious film with much to say about our self-inflicted pressures to conform to social norms.