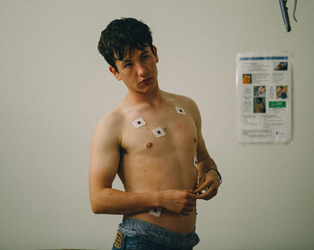 Steven introduces Martin to his wife, Anna (Nicole Kidman), and two children. The boy ingratiates his way into their lives, and is the catalyst for a series of increasingly strange events. Similar to his earlier work, Lanthimos presents a universe that obeys its own internal logic; characters once again deliver dialogue in a deliberately flattened and artificial manner.

The narrative – about which the less known the better – hinges on possibly occult forces, and a fug of choking dread hangs over proceedings like a toxic miasma, suffocating in its escalating intensity, bolstered by a terrifying, abrasive score.