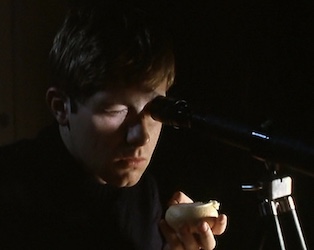 Tomek (Olaf Lubaszenko), an introverted young postal worker, has become obsessed with Magda (Grazyna Szapolowska), an older woman who lives across the courtyard in the same Warsaw apartment block. He watches her and her succession of lovers until she becomes aware of his voyeurism and confronts him with an invitation. Kieślowski’s subtle, heartfelt masterpiece is the second film, after A Short Film about Killing, to be expanded from the Dekalog, his extraordinary ten-part TV series inspired by the Ten Commandments.

The screening will be introduced by Colm Bairéad, director of An Cailín Ciúin, which opens at IFI on May 13th.