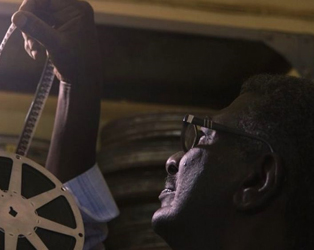 This film was released on the 14th of February 2020, and is no longer screening.

Four retired Sudanese filmmakers, idealists and friends for over 45 years, are reunited after a long period of distance and exile when they attempt to bring back the movies to the people of their homeland. They left Sudan in the 1960s and 1970s to study film abroad, and founded the Sudanese Film Group in 1989, determined to ignite a passion for cinema. Led by the indefatigable Ibrahim Shadad, and undeterred by mounting red tape, censorship and intimidation, they begin by hosting free screenings of classics such as Chaplin’s Modern Times in town squares, before taking on the formidable task of renovating an outdoor cinema venue near Khartoum, which has been derelict for many years. Talking About Trees was a deserving winner of both the Best Documentary and Audience Awards in the Panorama section of the 2019 Berlin Film Festival.