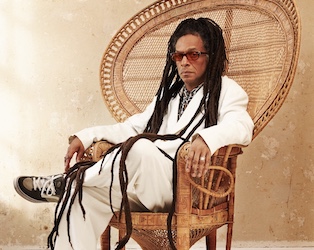 This screening will be followed by a Q&A with Don Letts, hosted by journalist and broadcaster Pat Carty.

Tickets for the film’s wider release are on sale here.

Rebel Dread is the story of Don Letts, first generation Black British, cultural mover and shaker, filmmaker, musician and raconteur. Don grew up with the ever present threat of racism, police harassment and violence in Britain in the late 60s and 70s and found some meaning and shape to his life in the reggae music he loved so much. The film covers his relationship with the nascent punk scene in ‘76 and ’77. He became part of the inner circle of the Clash, and he went to Jamaica with Johnny Rotten to help him get reggae acts for Virgin. He then became a top promo director (London Calling, Chain Gang, Pass the Dutchie) and then he formed a band, Big Audio Dynamite, with his old friend Mick Jones (from the Clash) and made music that incorporated dance, reggae, rap, samples and rock n roll. Leaving BAD he became a feature director, winning a Grammy for his documentary Westway To the World: The Story of the Clash, and leading cultural commentator. He is now a well-known voice on BBC Radio 6 and a well-established documentary director. Ultimately, this is a film as much about multi-cultural Britain, and specifically London, as anything else.