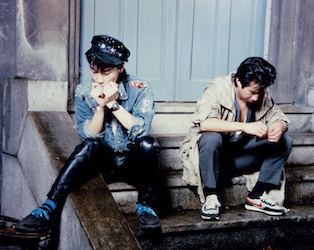 In 1980, musician Haruo Chikada created an ‘imaginary soundtrack’ that five years later would finally receive its accompanying film, directed by the 23-year-old-son of Osamu Tezuka, creator of Astro Boy and the ‘father of manga’. Inspired by Phantom Of The Paradise (Brian De Palma, 1974) and The Rocky Horror Picture Show (Jim Sharman, 1975), the resulting film is a lost camp classic that sees two musical rivals brought together to conquer the charts, who change their respective images completely along the way, and charts their spectacular rise and catastrophic fall. Japanese musicals remain rare, making the film something of a curio in its own right, but its mixture of catchy songs and unusual storytelling make this film ripe for discovery.