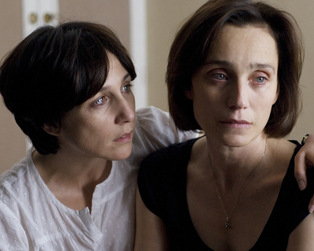 Philippe Claudel’s riveting debut feature is built on a remarkable performance from Kristin Scott Thomas, one of the best of her career. She plays Juliette, a former doctor who is taken in by her younger sister Léa (Elsa Zylberstein) and her family following her release from prison.

As information about Juliette’s past and the circumstances of her incarceration are revealed, the film takes on a cumulative power as she reacquaints herself with the world, and the fragile relationship between this brittle, melancholy woman and her wary, though loving sister slowly develops.

Director Philippe Claudel will participate in a post-screening Q&A.

This screening is in association with the Association des Membres de l’Ordre des Palmes Académiques en Irlande (AMOPA Irlande), in partnership with the French Embassy in Ireland.