In the Name of Peace: John Hume in America

Exploring the decades-long campaign by Nobel Prize winner John Hume to secure peace in Northern Ireland, Maurice Fitzpatrick reveals how Hume, inspired by Martin Luther King and rising from the riot-torn streets of Northern Ireland, enlisted an army of heavy-weight international heads of state to the cause.

Narrated by Liam Neeson and scored by Bill Whelan (Riverdance), this feature-length documentary includes interviews with Presidents Clinton and Carter, US senators and congressmen, as well as Irish leaders, and British Prime Ministers Tony Blair and John Major. At a time of political instability, this is a timely film examining steady leadership and international co-operation. 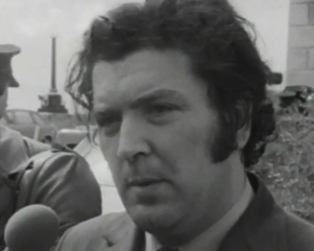