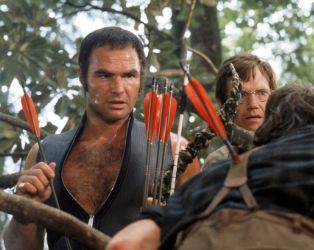 Nature and civilisation meet to violent, frightening effect in John Boorman’s Deliverance, a film that, even as it celebrates its fiftieth anniversary, retains its power to shock and disturb. Lewis (Burt Reynolds), Ed (Jon Voight), Bobby (Ned Beatty), and Drew (Ronny Cox) are four businessmen escaping the city for a canoeing trip in a remote part of the state of Georgia. Travelling in pairs, the men become separated, leaving them open to an ordeal at the hands of natives to the area that involves rape and murder. Under the leadership of Lewis, the member of the group most at home in the natural environment, the group seeks revenge and escape. Featuring elements that have passed into pop culture, and some astonishing, unfaked footage of the cast putting themselves at great risk, the film remains a singular experience.