Everything is coming together for flustered palaeontologist David Huxley (a bespectacled Cary Grant) who has sourced the final bone of a dinosaur for the museum and is about to marry his sensible colleague. While attempting to secure a new museum benefactor, he is knocked spectacularly off course by fast-talking free spirit Susan Vance (played with the perfect balance of chaos and charm by Katharine Hepburn), a dog named George and a leopard named Baby. Criminally underappreciated on initial release, Howard Hawks’s fast and fun screwball comedy features wonderful comedic performances from Hepburn, Grant, and a supporting cast which includes Barry Fitzgerald. 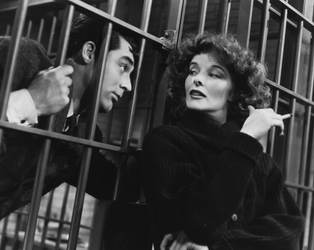