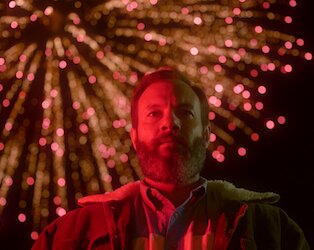 To pre-order Dry Wind, click here. The film will be available to view from Saturday, October 3rd at 15.00.

But just things start to make sense, in walks Maicon, a man who seems like he literally stepped out a Tom of Finland sketch, and upends everything. It seems like Maicon may truly be a work of fiction.

Director Daniel Nolasco’s film revels in the convention of gay cinema, a cinephilic wink at gay iconography through the ages, and features the kind of directness we expect from Latin American queer cinema.