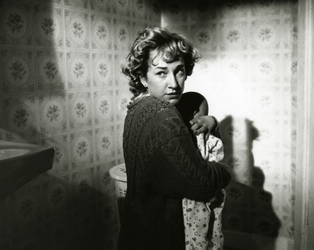 Set in a midlands garrison town, Guiltrip explores the claustrophobic terror of a violent relationship. Liam (Andrew Connolly) and Tina (Jasmine Russell) are a married couple in their mid-twenties; late one night, Liam arrives home drunk and a violent row erupts between them. Through a series of flashbacks, we see how each of them has spent the previous twenty-four hours. Tina’s day is characterised by chance encounters and spontaneous actions helping her to tolerate life in a marriage she dreads. Army Corporal Liam, on the other hand, spends the day pursuing a young married woman with increasing intensity. This prescient drama, relieved by moments of dark comedy, explores toxic masculinity and coercive control long before the terms were in common usage.

Screening will be followed by a discussion with writer/ director Gerard Stembridge, actor Pauline McGlynn and Ruth O’Dea of Women’s Aid.