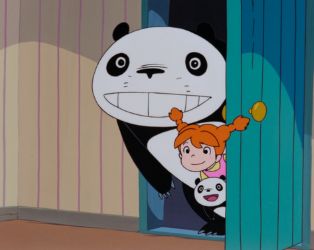 Directed by Isao Takahata based on concepts by Hayao Miyazaki, these restored animations feature the adventures of little Mimiko and her pals, Panny Panda and his father, Pananda, who stumble into her world after she is left home alone. Brightly coloured, fun and charming early career classics from animation giants, who went on to found the legendary Studio Ghibli.

In the IFI Foyer, join artist Amy Louise O’Callaghan before the show and create your own early animation moving toy!