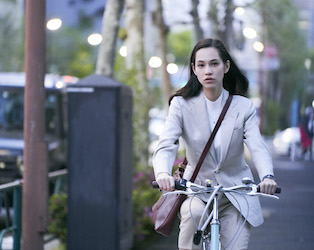 Hanako (the wonderful Mugi Kadowaki), in her late twenties and from the rich Haibara family, suddenly finds herself alone after breaking up with her fiancé. After a round of unsuccessful attempts at ‘arranged marriages’ thanks to her family, she meets Koichiro (Kengo Kora) who is from the class of the elite – lawyers, company presidents, and politicians. The night Koichiro proposes to her, she discovers that he is romantically involved with Miki (Kiko Mizuhara, Norwegian Wood), a small town, lower class woman, who through hard work and excellent grades got herself into an exclusive Tokyo university and works part-time as a hostess to finance her studies.