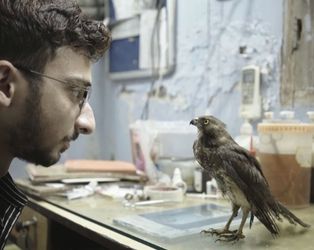 Against the backdrop of New Delhi’s worsening environmental crisis and escalating violence, brothers Saud and Nadeem devote their time to protecting one victim of the turbulent times, the bird known as the black kite. From a makeshift bird hospital in their tiny basement, the brothers care for thousands of the creatures that drop daily from the city’s smog-choked skies. The empathetic and concerned relationship between this Muslim family and the neglected birds forms a poetic counterpoint to the city’s collapsing ecology and rising social tensions. Shaunak Sen’s poignant film was a deserving winner of the Golden Eye Award for Best Documentary at the 2022 Cannes Film Festival.