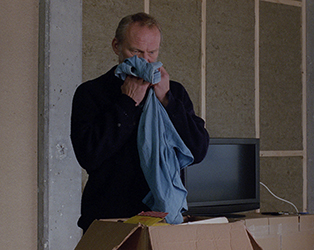 A White White Day, the powerfully atmospheric new psychological thriller from Hlynur Palmason, opens with an old Icelandic saying: ‘When the earth and sky unite and everything is white, there is no difference between the dead and the living’. In a remote Icelandic town, Ingimundur (Ingvar Sigurðsson), a police officer out of work on bereavement leave, begins to suspect one of his neighbours of having had an affair with his late wife, who died in a tragic accident two years earlier. Gradually his obsession to uncover everything about his wife’s possibly secret relationship becomes a vengeful quest that inevitably begins to endanger himself and his loved ones, most notably his young granddaughter.