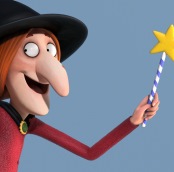 Four days of Films and Workshops for Children every July!

Every Summer, the IFI is transformed during IFI Family Festival where it hosts 4 days of films and workshops for young people, representing the best film for young people from around the world with accompanying workshops and activities for all the Family.