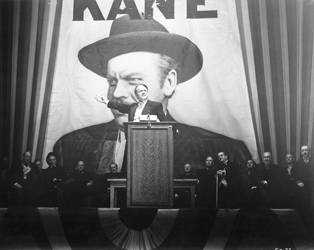 VISIONARY PARTNERSHIPS IN CINEMATOGRAPHY AND DIRECTION

By no means an attempt at an exhaustive survey of great cinematography – which however comprehensive would always feel incomplete – this season focuses instead on the inherently collaborative nature of the cinematographer’s role by throwing a spotlight on some of the most artistic, ground-breaking partnerships in the medium, ranging from Orson Welles and Gregg Toland to Ingmar Bergman and Sven Nykvist, from Stanley Kubrick and John Alcott to Michel Gondry and Ellen Kuras.

The season, which offers diversity in terms of style, form, and technique, nevertheless highlights some key features which recur across all nine of the partnerships; a sense of innovation and an eagerness to experiment with, or even develop, new forms of technology; a desire to cater to as much as challenge each other’s tastes and a willingness to improvise on set or to adapt to difficult or unyielding environments. In his Notes on the Cinematographer, Robert Bresson distinguished between two types of films: “those that employ the resources of the theatre and use the camera in order to reproduce, and those that employ the resources of cinematography and use the camera to create.” The films in this season are all examples of just how creative and influential visionary cinematography can be.

VISIONS OF LIGHT
As part of this season, we’re delighted to screen Visions of Light (1992), a documentary about the art of cinematography, directed by Arnold Glassman, Todd McCarthy, and Stuart Samuels, on July 2nd (18.30).