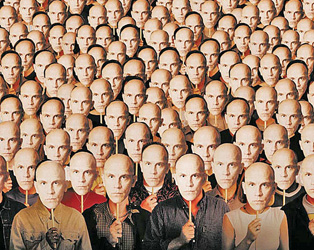 Our decade-by-decade look at the essentials of American cinema, programmed in conjunction with The National Film School at IADT. Each film will be preceded by a short introduction from IADT lecturer, Tom Kennedy.

In filmmaking terms, the 1990s were not a radical decade. Scorsese and Altman did not disappoint with Goodfellas and Short Cuts, but it was relative newcomers such as Quentin Tarantino, David Fincher and Wes Anderson who began carving out their own, very different territory. And then those writer/director Minnesota brothers, the Coens, finally achieved a breakout hit with Fargo, after which ‘police work’ would never be the same.