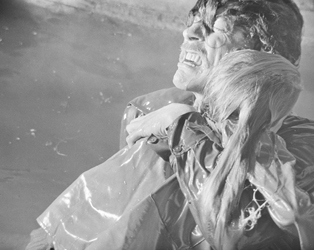 Following the tragic death of their daughter, John and Laura Baxter (Donald Sutherland and Julie Christie) relocate to wintery Venice. Whilst John finds a modicum of comfort working on the restoration of a gothic church, his bereft wife befriends two mysterious sisters, one of whom is blind and claims to have psychic abilities. She also tells John that he has the same gift of ‘second sight’ and that his life is in grave danger. Unable to accept the idea of the supernatural, John is suspicious of the sisters’ intentions and their uncanny hold over his vulnerable wife.

Nicolas Roeg’s atmospheric masterpiece, based on Daphne du Maurier’s novella and screening in a new 4K restoration, is both a ghost story rooted in realism, and a psychological thriller informed by supernatural elements.