Of the many versions of Jack Finney’s highly influential 1955 novel The Body Snatchers, which sees the populous of San Francisco being replaced by emotionless extra-terrestrial ‘pod people’, Philip Kaufman’s unsettling, atmospheric sci-fi-cum-horror movie is arguably the most successful.

Reconfiguring the cold war communist threat of the source material (and Don Siegel’s 1956 adaptation) to a more downbeat, post-Watergate era of jaded paranoia, the film stars Donald Sutherland as Mathew Bennell, a health inspector who begins to believe that something sinister is afoot when friends and colleagues begin to exhibit strange affectless behaviours. 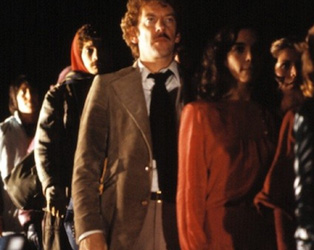