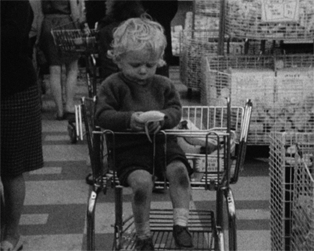 The Irish Film Institute invites you to join us for our annual exploration of short films preserved in the IFI Irish Film Archive. Three programmes of family-friendly Irish films, dating from the 1950s to the present day, provide a glimpse into the history of Irish society through the window of Irish film. Newsreels, documentaries and public information films made about children and young people will intrigue, inform and entertain.

Highlights include Ciall Cheannaigh (1970), a film made by the Guinness Film Society capturing a day in the life of Cornelscourt Shopping Centre; Irish Boy, Story of Sean (1970), a film made by Kieran Hickey about a Waterford farm boy; and Gael Linn’s Ospidéal na hAinmhithe (1959) showing children bringing their pets to a mobile hospital.