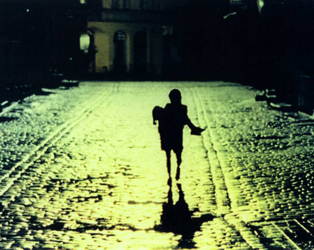 One of the most admirable aspects of Mark Cousins’ excellent new documentary A Story of Children and Film is the desire it instils in viewers to seek out the films it celebrates. Many are so rare as to be known to only the most ardent cinephiles, and have seldom if ever screened in this country before.

To rectify this, Cousins, in partnership with Filmhouse and the British Film Institute, has worked to have a selection of the films referenced made available in new digital restorations, from which the titles in this short season have been selected. Eschewing English language representations of childhood for international work strengthens the film’s point of view on the universalness of the experience while still providing fascinating insight into cultural differences across continents. Like the documentary itself, each of these is a joy to watch, and we’re delighted to take this opportunity to present these special screenings.

Show your ticket for A Story of Children and Film to IFI Box Office staff to claim discounted concession rates for tickets to any Cinema of Childhood Season films accompanying this release!

April’s IFI Family screening, The Boot, is also chosen from these new restorations and will screen on Sunday, April 27th at 11.00.