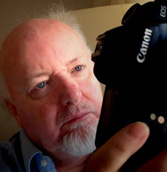 To coincide with the IFI’s retrospective of the films of Cathal Black, the Irish Film Archive presents a sample of material relating to his work.

As well as holding all of his films, the Archive has a range of supplementary material within the Paper Collection relating to Cathal Black’s work and career. This material encompasses his role as director, producer and activist. It includes a large number of film stills, posters, programme notes, production notes and letters, all of which are a valuable source of information to students, researchers and anyone interested in learning more about his work.

This material may be accessed by appointment by contacting the Tiernan MacBride Library. For more information see http://www.ifi.ie/learn/research-library/

For information on the retrospective see http://www.ifi.ie/cathal-black 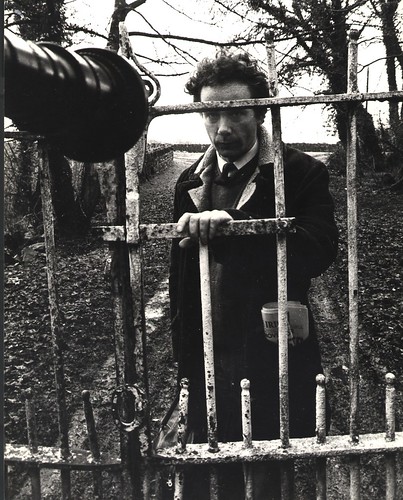 viii. Image of spiritual healer Tony Hogan, the subject of the documentary The Invisible World (1998).

x. Press release relating to the broadcast of Our Boys (1981).

xi. Letter from Cathal Black to the Arts Council, during his time as Chairman of the Association of Independent Film-Makers.

xiv. Korea (1995). A postcard with an illustration of the film’s costume design by Carol Betera.

xv. Image of Irish-American poet and undertaker, Thomas Lynch. He is the subject of the documentary Learning Gravity (The Undertaking) (2007).

xvi. Article relating to Learning Gravity (The Undertaking) (2007) published by Irish Film Board.