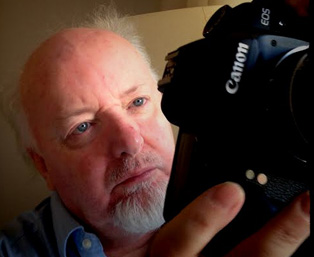 This first comprehensive retrospective of the work of Cathal Black presents a powerful and formally eclectic body of work.

Part of Ireland’s ‘First Wave’ of independent filmmakers in the 1970s and ‘80s, Black began to explore the contradictions, problems and preoccupations within Irish society in a way which hadn’t before been attempted in film. He wanted to “make Irish films for Irish audiences, pictures that are recognisably Irish but stand up to European notions of style . . .  to be truthful to our own visual interpretation of this country and reach
Irish audiences our way.”

Black’s narratives of distinctly drawn and wholly sympathetic individuals are often bleak but leavened by dark humour, or historical and enlivened by ingrained and powerful passions. He burrows into the national psyche to find unsettling tales of unease – of alienation, homosexuality, prostitution, emigration, poverty and despair. His characters fight to escape the shibboleths of Ireland’s heroic past and the injustices of its present.

His early films are wrought in a stark, social-realist tone. His later, more generously budgeted 35mm features employ more traditional narrative modes to tell powerful, character-driven period tales. His feature documentaries explore the lives of determinedly off-beat individuals in features that are handsome and revealing. His latest film, Butterfly (in its theatrical premiere), returns to fictional form in a finely acted psychological drama about a young woman avoiding demons from her past.

Cathal Black, activist, Aosdána member and filmmaker, has sustained a visionary cinematic practise for almost 40 years – long may he continue to unsettle and engage.