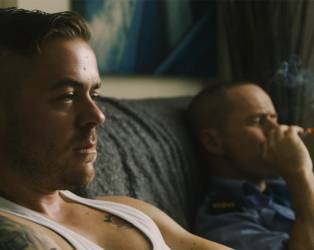 Broken Law tells the story of 2 estranged brothers on opposite sides of the law. Dave Connolly is a respected member of the Garda Síochána but his loyalty to the force gets tested by his ex-convict brother Joe following a botched robbery. Suddenly Dave finds himself embroiled in a cover-up that leads to a secret relationship with Amia, an unhappily married woman who also happens to be the victim of his brother’s latest crime.

Broken Law is a taut and tense thriller that examines family loyalty, legacy and how far we will go to protect the ones we love.