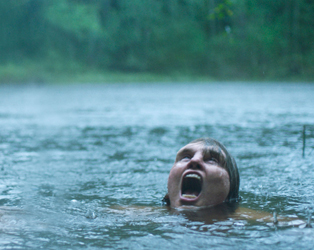 This film was released on Friday 8th March 2019 and is no longer screening.

With her uncanny ability to sniff out wrongdoing and guilty thoughts in others, Swedish border security guard Tina (Eva Melander) is perfectly suited to her role. More problematic is her dysfunctional relationship with her dog-breeding housemate-cum-boyfriend Roland (Jörgen Thorsson). Tina’s horizons broaden when she encounters Vore (Eero Milonoff), a beguiling character whose uncommon appearance and behavioural eccentricities mirror her own. Their bizarre courtship-of-sorts is at the centre of a complex narrative that includes Tina’s ongoing investigation into a paedophile ring and her issues with her ailing father.

Ali Abbasi’s wonderfully strange and imaginative romantic fantasy is based on a short story by John Ajvide Lindqvist – of Let The Right One In fame – and, like the character of Tina, the film is a true original.